BRONCOS ON THE BEACH 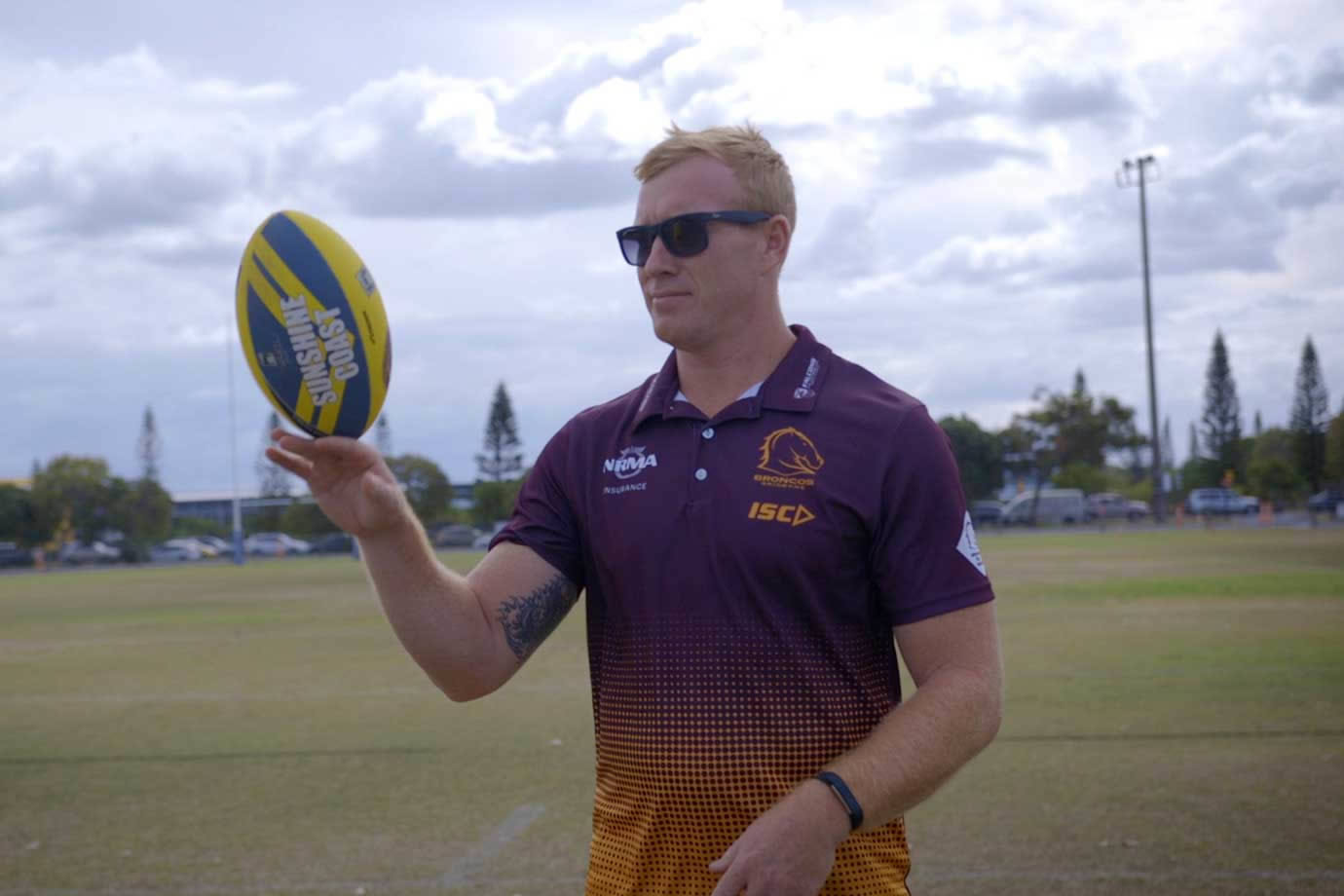 BRONCOS ON THE BEACH

The relationship between The Surf Club Mooloolaba and the Brisbane Broncos was formed in 2016 with a mission to encourage children to get active, get into sport and stay occupied. The Broncos Community Program aims to support children, to build confidence, and learn respect. Heading up this partnership is former NRL Brisbane Broncos player and local Sunshine Coast legend, Jack Reed.

Jack Reed will be joined by current Broncos player, Matt Gillette as well as others to be announced, and coaching staff to take their football skills and tips on to the sand with the Nippers of the Mooloolaba Surf Life Saving Club. There is even talk that the Bronco boys may get in the water for a board race…this is something not to be missed.

“The Nippers are excited to have the chance to train with some of their idols on the beach. Many of our nippers play rugby league in the winter months, so the kids are looking forward to blending their league skills with surf sports. The Surf Club Mooloolaba Club has built a strong partnership with the Broncos, and we share the same goals of trying to keep kids active, fit and busy,” said Matthew Horder Mooloolaba Nippers Junior Activities Chairman (also great-grandson of Rugby League Hall of Fame legend – Harold Horder).

Jack Reed is passionate about his work with local schools and sporting groups, delivering the message of being active and becoming good people. The Surf Club Mooloolaba and Broncos Community Program saw Jack visit approximately 10,000 children last year. “We conduct seminars at local high schools on a variety of issue including, Drug and Alcohol Awareness, Relationships and Personal Branding, Cyber Safety and Social Media. In primary schools, we teach the younger kids on topics which encourage smarter choices around health, as well as personal and career inspirations and goals. We get the kids to think about, what kind of person they want to be when they grow up,” said Jack Reed.

Mooloolaba Surf Life Saving Club (MSLSC) is dedicated to protecting beachgoers who frequent one of Australia’s most popular and stunning beaches, Mooloolaba. Established in 1922, it is one of the oldest Surf Life Saving Clubs in Australia. Last year MSLSC celebrated 50 years of Nippers and 40 years of women in Surf Lifesaving. In 2022 the club will celebrate 100 years with a host of exciting community events.

Nippers runs, Sunday mornings, from September until March (with a short break over the Christmas holidays). Also included in the membership, are a host of additional optional activities, that run during the week, including training sessions in sprint coaching, board riding, swim training, and beach awareness.

Sign on for Mooloolaba SLSC Nippers 2019 / 2020 season is still open until the end of October. So, come and give Nippers a try at Mooloolaba Beach. Where else would you rather be!

For information on the Nippers Program or to sign up, visit: https://www.mooloolabaslsc.com.au/nippers or call Kylie Jones on 07 5452 3712